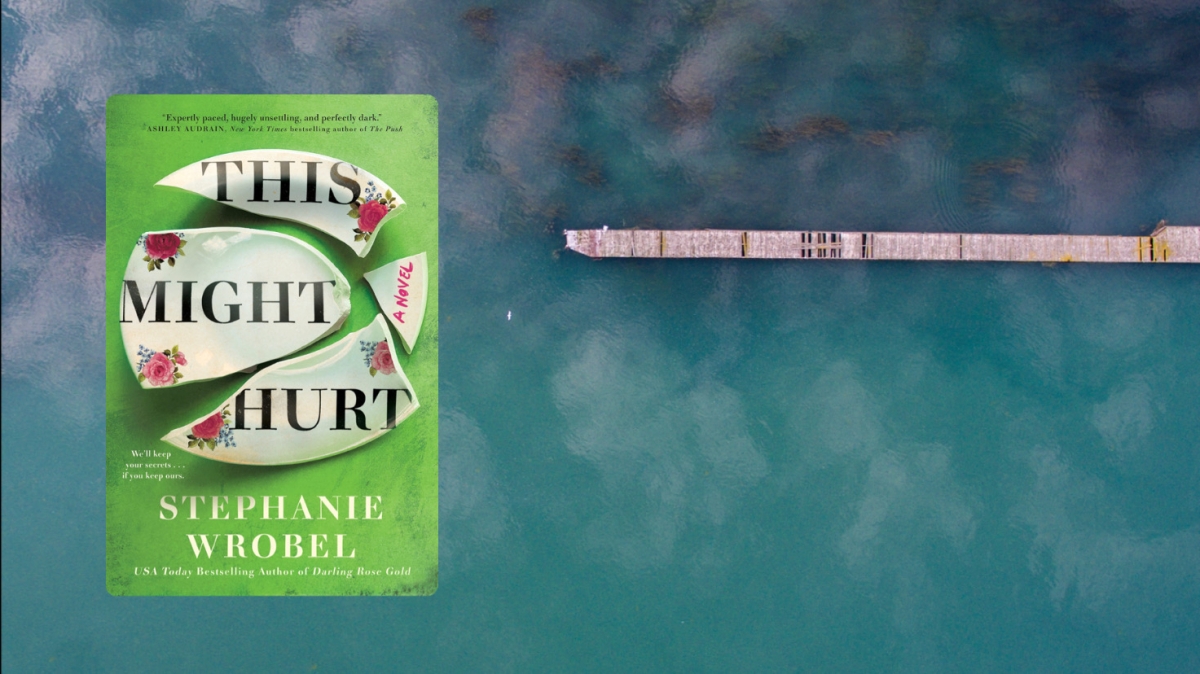 Picture Tranquillim House from Nine Perfect Strangers located on Dennis Lehane’s Shutter Island and you’ll capture the essence of This Might Hurt. I’m always drawn to books that focus on complicated female protagonists, sinister settings, and psychological twists. This story definitely delivers and I have no doubt this will be one of my favorite books of 2022.

Stephanie Wrobel’s second novel, This Might Hurt, is a work of pure psychological terror. If you’re familiar with her debut, Darling Rose Gold, published in March 2020, then you know you’re in for a twisted ride. This Might Hurt delves into themes of childhood trauma, reinvention, and self-empowerment. The story follows a young woman whose younger sister appears to be under the influence of a cult located on a secluded island off the coast of Maine. The story unfolds using dual narrative and timelines, is expertly paced, and highly addictive. It kept me hooked with each reveal, leading to a very unexpected end.

I was transfixed from page one. The characters’ backstories are thoroughly fleshed out and masterfully intertwined. I felt a distinct connection to each of them and even found myself justifying their questionable behavior throughout. Each one was detailed, well thought out, and believable. A scene that stuck in my psyche involves one of the protagonists nearly drowning in a lake while learning how to swim.

Welcome to Wisewood. We’ll keep your secrets if you keep ours.

Natalie Collins hasn’t heard from her sister in more than half a year.

The last time they spoke, Kit was slogging from mundane workdays to obligatory happy hours to crying in the shower about their dead mother. She told Natalie she was sure there was something more out there.

And then she found Wisewood.

On a private island off the coast of Maine, Wisewood’s guests commit to six-month stays. During this time, they’re prohibited from contact with the rest of the world—no Internet, no phones, no exceptions. But the rules are for a good reason: to keep guests focused on achieving true fearlessness so they can become their Maximized Selves. Natalie thinks it’s a bad idea, but Kit has had enough of her sister’s cynicism and voluntarily disappears off the grid.

Six months later Natalie receives a menacing e-mail from a Wisewood account threatening to reveal the secret she’s been keeping from Kit. Panicked, Natalie hurries north to come clean to her sister and bring her home. But she’s about to learn that Wisewood won’t let either of them go without a fight.

Sarah is a full-time editor and ghostwriter based in Los Angeles. When she's not writing, she spends time traveling with her husband, reading on the beach, or browsing the shelves of her local bookstore.