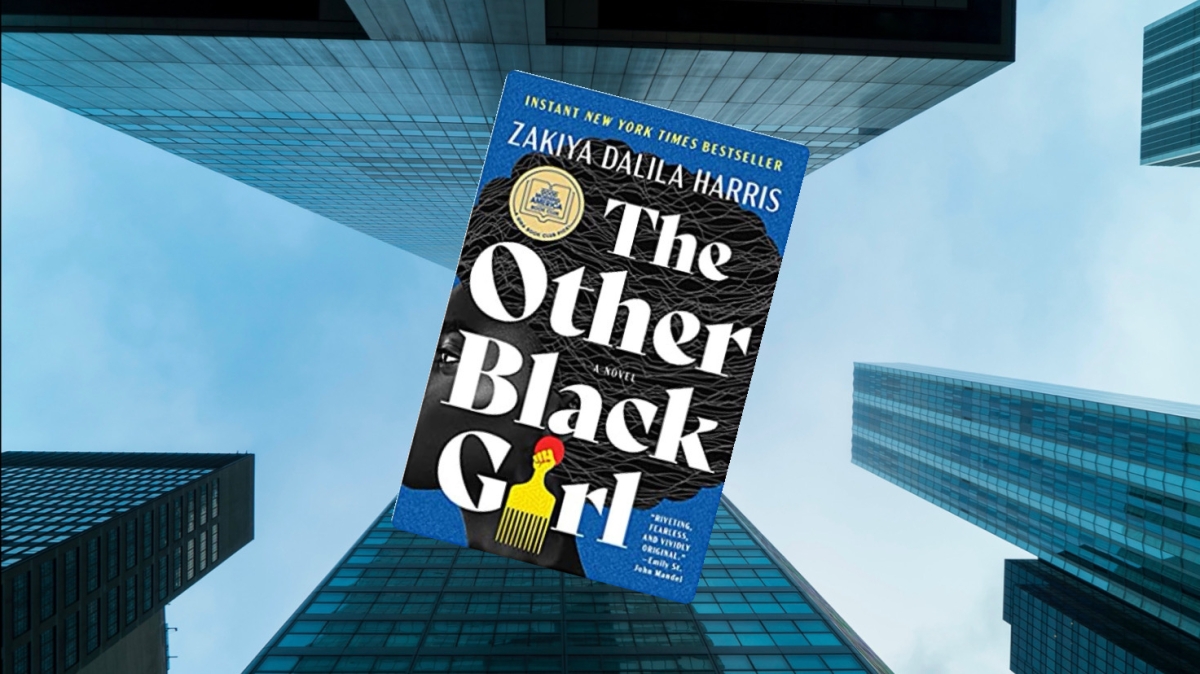 Leading up to the release of this book I’d read comps like: The Devil Wears Prada meets Get Out and I was so curious how the twist was going to reveal itself. Especially with the very white backdrop of a corporate office in a New York City publishing house. And since I come from a New York corporate background, everything about the premise intrigued me.

The Other Black Girl is the debut psychological thriller written by Zakiya Dalila Harris—a former editor at Knopf/Doubleday. She joined the publishing house after receiving her MFA in creative writing from The New School.

When I started reading TOBG I was immediately transported into the world of tricky office dynamics, and the added layer of racism and cutthroat competition created a sinister portrayal of corporate America. I was fascinated to learn more about Nella Rogers, an ambitious, career-savvy, young woman who yearned to have another Black colleague in the workplace to share the pressures Black people face in corporate America, particularly in industries like publishing that have long been places of privilege and racial discrimination.

The narrative slow burned between Nella and her new colleague, Hazel-May McCall—a new editorial assistant who sits in the cubicle next to her—and they seem to be getting along just fine. That is until Hazel throws Nella under the bus during the annual marketing meeting and in front of the entire staff at Wagner, including the CEO. Nella is furious but also confused: was this new girl a friend or foe? And Hazel seems to have a knack for getting involved in Nella’s projects and having cozy closed-room conversations with her boss and mentor, Vera.

The direction of Nella and Hazel’s paths are wildly different with one girl holding on to every ounce of authenticity while the other strives for full-blown success. And as the story develops it begs the question: can one have both?

I loved the fresh take this novel took in a genre that is often over-populated with white suburbia and cheating spouses. The change of scenery and complex racial themes intertwined throughout made it one of my favorite reads of 2021. I rooted for the main character, Nella, and wanted her to succeed and be heard in an industry that is predominantly whitewashed. I found the characters believable and intriguing, the story gripping me from page one.

It might sound obvious but, the scene that hit me hard and fast was the main plot twist at the end, making it immediately clear where the GET OUT comparison came from and I was left stunned at the originality and expertly plotted twists leading up to that point.

I recommend this book to readers who enjoy slow-burning suspense, witty narration with unsettling/unexpected twists.

Twenty-six-year-old editorial assistant Nella Rogers is tired of being the only Black employee at Wagner Books. Fed up with the isolation and microaggressions, she’s thrilled when Harlem-born and bred Hazel starts working in the cubicle beside hers. They’ve only just started comparing natural hair care regimens, though, when a string of uncomfortable events elevates Hazel to Office Darling, and Nella is left in the dust.

Then the notes begin to appear on Nella’s desk: LEAVE WAGNER. NOW.

It’s hard to believe Hazel is behind these hostile messages. But as Nella starts to spiral and obsess over the sinister forces at play, she soon realizes that there’s a lot more at stake than just her career.

One thought on “Book Review: The Other Black Girl by Zakiya Dalila Harris”

Sarah is a full-time editor and ghostwriter based in Los Angeles. When she's not writing, she spends time traveling with her husband, reading on the beach, or browsing the shelves of her local bookstore.