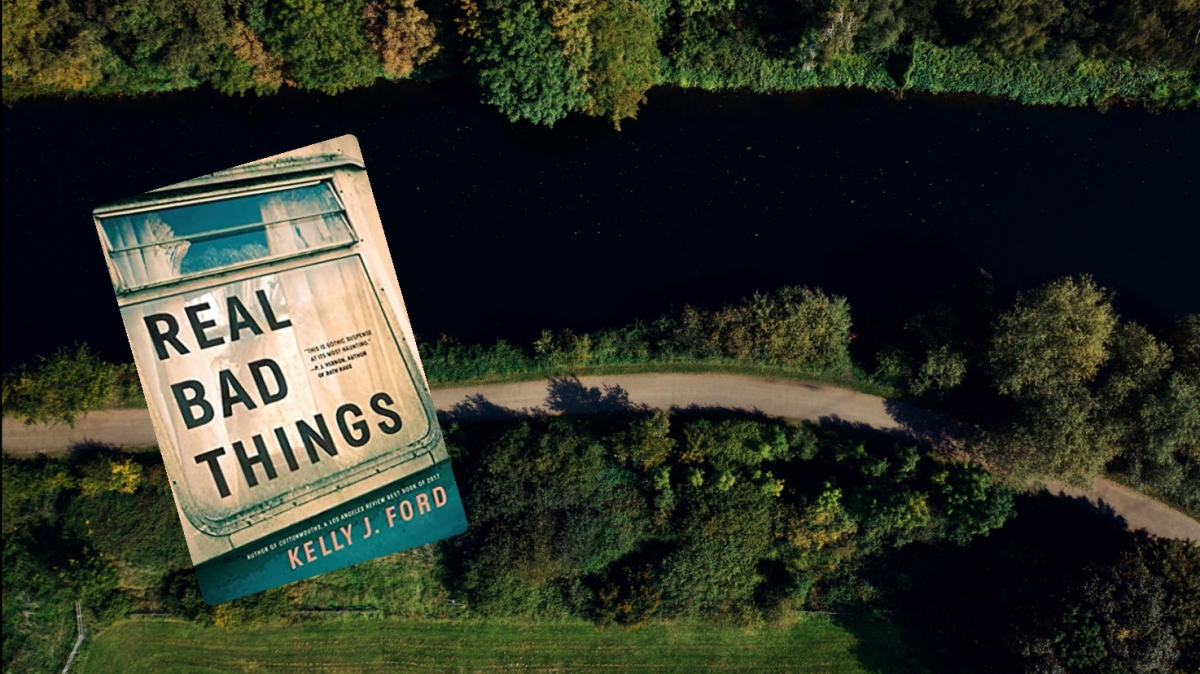 Kelly J. Ford is the author of Real Bad Things (summer 2022) and the award-winning Cottonmouths, a novel of “impressive depths of character and setting” according to the Los Angeles Review, which named it one of their Best Books of 2017. An Arkansas native, Kelly writes about the power and pitfalls of friendship, the danger of long-held secrets, and the transcendent grittiness of the Ozarks and their surroundings. She lives in Vermont with her wife and cat.

All that was left to do was wait for someone to find the body. Or, if they got lucky, wait until everyone forgot about Warren and turned their attention to the next man who went missing.

I’m always drawn to stories set in the small southern towns in the US. There’s something curious about the culture and history; from the Missouri River to the Ozarks that stretch across five states. It’s an area of the country I’d love to spend time exploring someday. This novel does an amazing job setting the scene, and I often found myself completely absorbed in the story, turning pages into the early morning hours. The use of dual narrative and timelines provided in-depth characters with intriguing histories I enjoyed learning about, especially the relationship between Georgia Lee and Jane. The small town vibes felt claustrophobic when Jane returned to Maud, and was faced with the same gossip and judgment she’d escaped years ago. The family dynamics and history kept my attention, and Ford did an amazing job interweaving slow character reveals throughout the present timeline. The structure was clear to follow and I thoroughly enjoyed the slow-burn mystery at the heart of this novel. Although I found the relationship between Jane and her mother difficult to read at times, it was incredibly addictive. I’m always drawn to novels with dark family secrets set in small southern towns and this one definitely delivered. I’m so glad I discovered this author and can’t wait to read more of her work.

I recommend to readers who love slow-burning mysteries set in small towns, and families with dark secrets.

Beneath the roiling waters of the Arkansas River lie dead men and buried secrets.

When Jane Mooney’s violent stepfather, Warren, disappeared, most folks in Maud Bottoms, Arkansas, assumed he got drunk and drowned. After all, the river had claimed its share over the years.

When Jane confessed to his murder, she should have gone to jail. That’s what she wanted. But without a body, the police didn’t charge her with the crime. So Jane left for Boston—and took her secrets with her.

Twenty-five years later, the river floods and a body surfaces. Talk of Warren’s murder grips the town. Now in her forties, Jane returns to Maud Bottoms to reckon with her past: to do jail time, to face her revenge-bent mother, to make things right.

But though Jane’s homecoming may enlighten some, it could threaten others. Because in this desolate river valley, some secrets are better left undisturbed.

Sarah was born and grew up in Scotland where her love of storytelling began. She has since relocated and works as a freelance editor and ghostwriter based in Los Angeles. When she's not writing, she spends time traveling with her husband, reading on the beach, or browsing the shelves of her local bookstore.