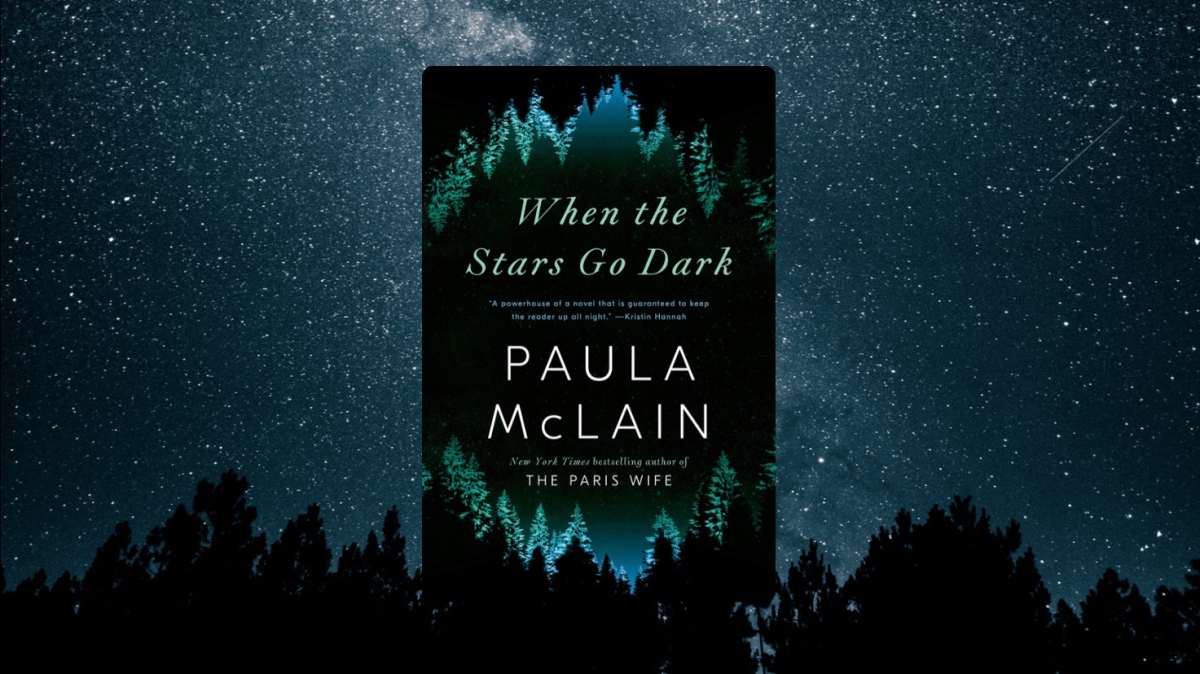 Hauntingly descriptive with pulse-pounding twists and a vulnerable yet highly intuitive protagonist. Paula McLain writes about a very chilling topic with the elegance and ease of a pro.

Paula McLain is an American author best known for her novel, The Paris Wife, a fictionalized account of Ernest Hemingway’s first marriage which became a long-time New York Times bestseller. She has published two collections of poetry, a memoir about growing up in the foster system, and the novel A Ticket to Ride.

When the Stars Go Dark is the first of McLain’s novels I’ve read but it definitely won’t be the last. The book combines psychological suspense with a little mysticism, creating an intriguing angle for the overall story which pulled me in immediately. I loved the setting, based in northern California, and enjoyed following Anna and the wide cast of characters around the small town of Mendocino.

The story follows Anna Hart, orphaned as a child and passed through the foster system, which only better prepared her for a career as a detective, committed to finding murdered and missing children.

I’m always intrigued by female detectives and especially love when they’re painted in a relatable light. I found the characters believable, and their arcs very satisfying. The plot was compelling albeit slow-burning at times; different from what I usually read. But it was a fresh change and I was immediately drawn in by the narrator and her back story.

“For as long as I could remember, I’d had reasons to disappear, I was an expert at making myself invisible.”

I particularly loved the setting and picturing the west coast was a nice backdrop compared to the usual grungy cities a lot of detective novels take place in. A scene that sticks in my mind sees Anna visit a psychic who tells her: “This is your life’s work for a reason. The things you’ve lost have drawn you to help these children and young women,” the psychic says to Anna then goes on to hit the bull’s eye, “The ghosts of the kids you’ve helped, they hang on you like stars.” I loved the added layer of mysticism that scene brought to the story.

This is an atmospheric suspense novel that I thoroughly enjoyed and highly recommend to readers who love a relatable protagonist, realistic twists, beautiful settings, and a steady pace with a slow-burning end. Think of pragmatic characters like Mare Sheehan in HBO’s Mare of Eastown and AMC’s Sarah Lindon from The Killing, placed against a beautiful California backdrop.

Anna Hart, orphaned as a child and passed through the foster system, only better prepared her for a career as a detective, committed to finding murdered and missing children. When unspeakable tragedy strikes, she turns to the Californian village of Mendocino to grieve. Seeking comfort in the chocolate-box village she grew up in, Anna instead arrives to the news that a local girl has gone missing. The crime feels frighteningly reminiscent of a crucial time in Anna’s childhood when an unsolved murder changed the community forever. As past and present collide, Anna is forced to confront the darkest side of human nature.

After reading her author’s note, I learned that McLain, along with her two sisters, grew up in a series of foster homes. McLain’s biological mother disappeared when she was 4, and her father spent time in and out of prison. During the 14 years she spent in foster care, McLain endured sexual abuse. Detective Anna Hart, the protagonist in “When the Stars Go Dark,” is also a survivor of abandonment, and mirror’s the author’s own personal experience in the system. Anna, the story’s protagonist, uses her trauma as a tool to help in her police work of tracking down the predators who brutalize children.

Sarah is a full-time editor and ghostwriter based in Los Angeles. When she's not writing, she spends time traveling with her husband and reading on the beach. When not at her desk, she can be found browsing the shelves of her local bookstore.

She blogs here, on A Crime Archive, discussing true crime cases, fiction, writing, and the occasional movie/documentary. If you're in need of a good book, you can check out her reviews page. She's also somewhat of an active member on Medium.com @SFPrescott, Goodreads, NetGalley.